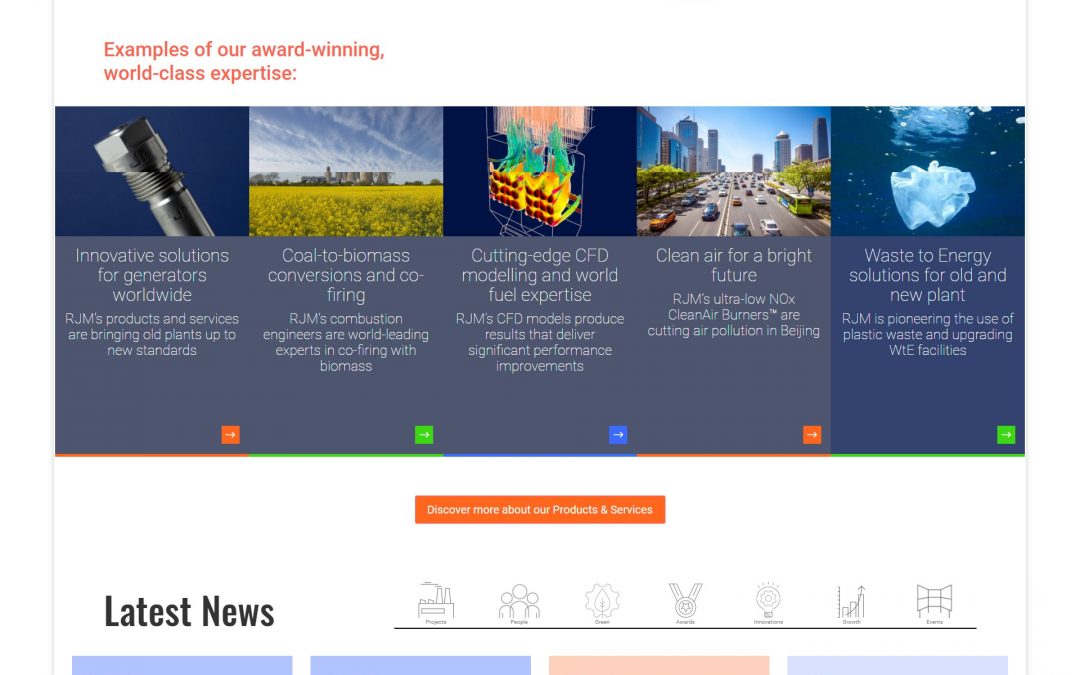 RJM has entirely revamped and modernised its website to effectively communicate its evolving business model, which is to help generators transition to lower carbon generation.

The new website features a series of case-study solutions that demonstrate RJM’s world-class expertise across combustion improvement and emissions reduction technologies, co-firing coal with biomass, adopting new, lower carbon fuels as well as improving the performance of biomass and Waste to Energy plants. Common to all these case-study solutions is a lower carbon outcome that is cost-effective, more efficient, more reliable, and more flexible for the generator.

The website was officially launched by RJM’s local MP, Steve Brine, during his visit to the company’s Head Office in Winchester. Commenting on the new site, Steve Brine said, “RJM is not just a local success story but also a key international player in the transition to lower carbon generation.

“I am delighted to launch this new site which clearly demonstrates RJM’s expertise across numerous disciplines and will enable it to reach more customers worldwide,” he confirmed.