RJM International, the Winchester–based provider of emissions reduction solutions and equipment to the power generation and large combustion plant sectors, announces today that it has completed a major ultra-low NOx upgrade project in Beijing, enabling the plant to meet the emissions requirements of China’s new Clean Air Act. 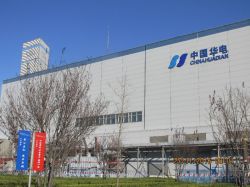 Under the new Clean Air Act of Greater China, due to come into force in April 2017, gas-fired plant of this type is required to deliver NOx levels below 30mg/Nm³.

This project marked the very first successful ultra-low NOx conversion on an 116MWth industrial gas-fired hot water boiler. All three boilers are now able to operate reliably and safely in automatic mode, across the entire boiler load range, and are delivering NOx emission levels of less than 30 mg/Nm³ at 3.5% O2 and CO emissions of less than 10 mg/Nm³ at 3.5% O2 with a measured boiler O2 of 1%. With NOx emissions originally at 120mg/Nm³, this represents a substantial reduction of over 75%.

The three industrial hot water boilers are generally used as a back-up resource at the Fengtai district heating plant during the particularly cold winter months when demand for hot water and heating is at its greatest.

RJM was contracted by HKL Global, an international manufacturer’s representative focusing on the China energy market, to design and supply an ultra-low NOx retrofit solution.

Following a detailed site survey carried out in March 2016 by RJM’s engineers, RJM then applied its sophisticated CFD modelling capabilities to ensure the low NOx threshold could be met, working on the principle that by diverting around 20% of the flue gases back through the burner, this would lower peak flame temperatures and thus reduce the formation of NOx. 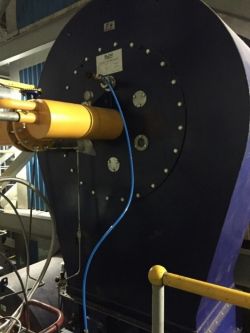 One of the nine new RJM CleanAir Burners™ in position

The project was completed during 2016 using a local workforce, supported by RJM and HKL Global engineers, with testing and final guarantees confirmed in December 2016.

The RJM CleanAir Burners™ were manufactured in the UK, whilst the revised ducting for the FGR system was manufactured locally in China, with the new FGD fan sized by RJM and sourced by HKL Global.

Commenting on the project, John Goldring, Managing Director, said, “RJM’s innovative, ultra-low NOx technology is highly versatile and well-proven across a number of diverse utility plant references. This explains how we have been able to successfully reduce NOx to an exceptionally low concentration of less than 30 mg/Nm³ NOx for this district heating plant, thus enabling it to meet the requirements of China’s new Clean Air Act.

“Working with HKL Global has been a very successful partnership, bringing together their local knowledge and skilled contractors with our CFD analysis and hardware solution,” he confirmed.

“The market potential in China for retro-fitting other boilers with this ultra-low NOx solution is considerable and we look forward to developing further our partnership with HKL Global in 2017,” he added.

“This project was under very tight schedule and limited budget. Therefore, RJM provided a custom solution that expedited the installation process. During a very short commissioning time, the burners were tuned to meet all of the customer’s emission requirement as evidenced by a CEMS (Continuous Emissions Monitoring Systems.)

“In addition, due to the low excess oxygen level, the customer experienced an added bonus of increased heat efficiency. The customer is very satisfied with having the first NOx <30mg/Nm³ 116MW boiler in China,” confirmed Harry Lam, President, HKL Global Inc.